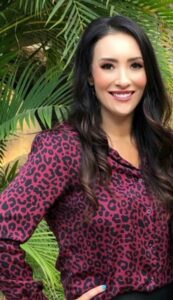 Stacy Davis is the founder and president of Stacy Davis & Associates, a political fundraising and consulting firm. Her clients range from political candidates at all levels (national, state and local), initiatives/propositions and non-profit organizations.

Ms. Davis career began in 2003 in the political arena as a volunteer and later in an advisory role for local and state campaigns in California. As her interest and stature grew among clients, she started her firm, Stacy Davis & Associates in 2005.

Her network of fundraising associates cover all of California, with interests in the Southern California area (primarily Orange County and Riverside County). She also has roles in the donor community that expand into the Western United States.

Through her fundraising expertise, she has helped lead successful campaigns by the business community in Orange County and California at large. She also works extensively for political action committees and non-profit organizations to gather financial support for their causes with national interests.

With that knowledge and experience, Ms. Davis is sought after by candidates from coast to coast in the United States. Her fundraising prowess has collected tens of millions of dollars for political and non-profit ventures in nearly all fields.  She has been recruited by national candidacies for President of the United States, candidates for the United States Senate and House of Representatives, numerous Governors and state offices along with business leaders whose charitable and philanthropic efforts impact modern daily life.

Ms. Davis received her Bachelor of Arts degree from California State University, Fullerton. She resides in Orange County, California with her husband and two sons.

June 28, 2022: Reception In Support Of Janet Nguyen For State Senate

♦ When Will I Receive A Photograph Taken At An Event?